Marook Farm – it’s all in the tub! 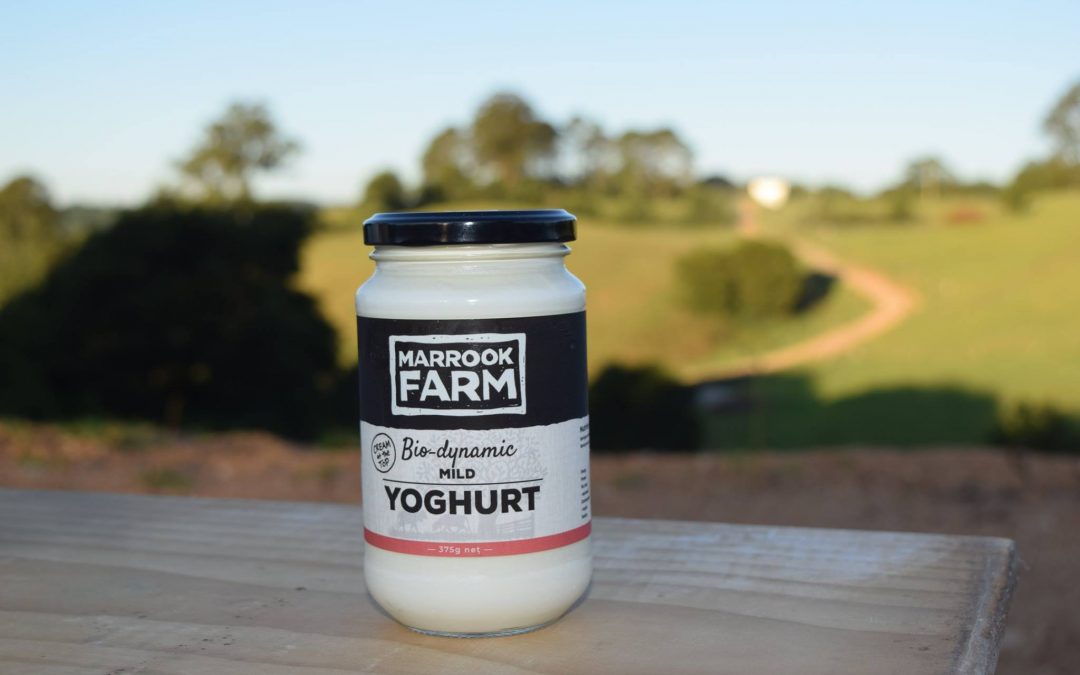 A reflection from Heidi, of Marrook Farm.  A Certified Biodynamic Dairy in NSW, near Taree.

Our situation currently is that we have been in drought for the last three years with increasing severity. In many previous years we have been self-sufficient in feed, making silage for winter feed. However due to the ongoing drought, we have had to bring three large loads of hay from Victoria.  Currently, we are contemplating another load as feed in the pasture is minimal from the drought. We are lucky to have running water, unlike others nearby.

At present the Bulga Plateau, where we live, is surrounded by fires. Since the fire went through our neighbouring village, Bobin, just a few Friday’s ago, we had spent days in preparation, keeping the cows near the dairy and feeding more hay than we would normally have been. That Friday, the power and all phone communications went out. We have a generator at the dairy and factory so continue to milk twice a day.  The phones came back on Thursday last week, which helps.  We were not able to send out our truck with the week’s milk production due to the fire situation, and the danger to the drivers and trucks.  Luckily, yesterday, due to the great help of friends and a vehicle going ahead to clear trees off the road we were able to send the truck out, so all our products will have a week less use by than usual. Last week I made fetta rather than yoghurt, as we had no space in the cool room to store any more and our workers have left the mountain due to the fire situation. Today I have made kefir as usual hoping to get orders out next Monday.

The closest the fire has come is one kilometre away from us two days ago.  So we were on high alert, especially as we also have a 93 year old neighbour staying with us as his sons fight the fires. Thankfully there was a lot of water bombing and crews on the ground, and they held it at the road. Most days it is a waiting game and the situation changes with the wind.   They are hoping to have the power restored by Thursday this week, which would astound me, as it is very rugged terrain they have to traverse, and they have lost a lot of poles.   We are communicating by intermittent mobile phone mainly and a satellite NBN. UHF radius with neighbours was a great help

People must understand that farmers are feeling exhausted from the intense drought situation in NE NSW, and adding a fire to this will be financially & environmentally catastrophic for years to come.

**  Support Organic & Biodynamic Farmers, donate to the Campaign HERE.  Buy local.  Support farmers that are resilient and surviving one of the toughest droughts in history.